I am sour! Stepchild is a 100 percent naturally sour apple juice. Simply an apple juice that is sour ...because everyone can be sweet! The step-child apples were created by crossing a red-fleshed ornamental apple with a yellow-fleshed eating apple.

Grandpa is to blame

The company was founded in 1921 by our grandfather Georg Schneider. He devoted himself entirely to the operation of the tree nursery and in addition to vegetables, potatoes and fruit.

Grandfather Schneider was very interested in the training of new gardeners. For this reason, he sat down early for the recognition as a training company in the gardener division, specializing in fruit growing. He finally received it in 1923. Since then more than 80 apprentices have been successfully trained in our company.

His two sons, Rupert and Josef, learned the profession of gardener from their father and passed the master's examination. This was followed by the founding of Georg Schneider GbR.

From 1938, the first apple trees were planted on M 9 and operated intensive fruit growing. Since 1945, we market from the farm, as well as the producers wholesale market and the fruit wholesale.

The sons of Josef Schneider, Georg and Bernhard, followed in the footsteps of their father and learned in 1970 and 1976 also the profession of gardener. Both were one year in France for further training, and Georg for another year in Michigan (USA). At the end of their apprenticeship, both took their master's examination.

Josef Schneider took over the business with his sons in 1991 after the demise of Rupert Schneider. Since 2001, after the sudden death of Bernhard Schneider his wife Monika Schneider was integrated into the GbR. Since 2019, Georg Schneider has been running the family business under the new name "The Apple Schneider" alone. 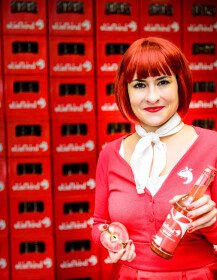 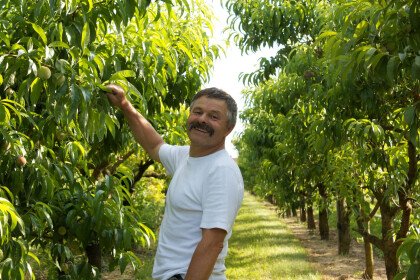